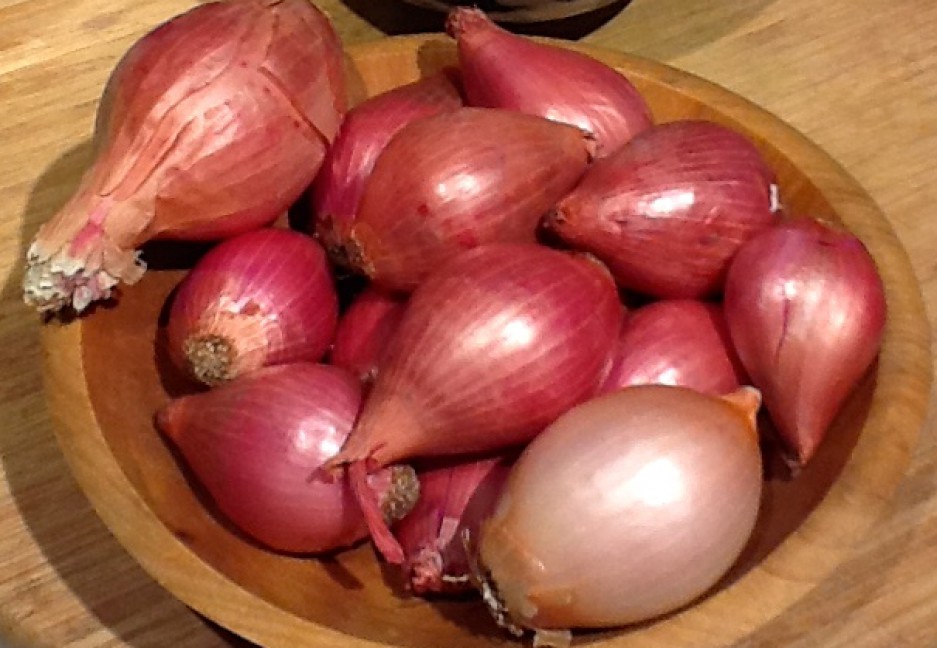 Anyone can put together a nice lasagna.  I’ve been doing variations on the theme since my early years as a novice cook, most memorably preparing a giant pan of lasagna as part of the two-day celebration for my husband’s graduation from law school.  Each time, a tweak here or there in the choice of meats, lasagna noodles, sauce or cheese has led to  another better outcome than those that preceded it.

A few years ago when our beloved/much maligned Patriots (depending on where you’re from) were once again playing in the AFC Championship game, I created this recipe for a lasagna that would sate our adrenaline-charged appetites.  As we look to yet another AFC Championship game coming this weekend, this will be on the menu.

The first key to this lasagna is the Trader Joe’s No-Cook made-in-Italy noodles.  No more hassles with those ridiculous curly-edged noodles of yore that would stick to each other unless you boiled them in a pot large enough for four lobsters.  The TJ’s noodles, once baked, are delicate in texture – I’d be hard-pressed to distinguish them from fresh-made pasta.  Don’t be alarmed if they don’t reach all the way to the edges of your pan as you lay them out in overlapping layers – they will absorb everything and swell.

Next are the choices of meats, cheeses and sauce.  I use a pound each of lean ground beef and sweet Italian sausages.  For cheeses, a full 32 ounces of whole-milk ricotta, a 12-ounce package of TJ’s Quattro Formaggio, and 1-1/4 cups of grated Pecorino Romano, preferably Locatelli, but TJ’s will do just fine.  For the basis of my sauce, 2 cans of TJ’s Tuscano Low-Fat Marinara – truly the best bargain in the store (next to my favorite Societé Roquefort).  The sauce is almost a bolognese, but with much more tomato-to-meat ratio, and without the long hours of simmering. 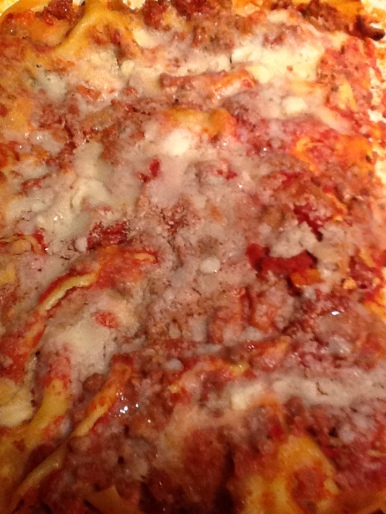 In 5-6 quart Dutch oven, sauté vegetables and garlic until softened and beginning to caramelize. Add 1 tsp of oregano, then the sausage and ground beef one third at a time, breaking up with a wooden spoon to avoid large clumps, and saute over medium heat until well browned. Drain off most of the accumulated fat (easily done with a turkey baster). Add the wine and cook until completely reduced. Add the 2 cans of marinara sauce and let simmer, partially covered, at least a half hour or longer, allowing the flavors to marry. Remove pan from heat and assemble the lasagna. In a medium bowl, combine the ricotta with the lightly beaten egg, 1/4 cup Romano, and 1-1/2 tsp oregano.  In a deep roasting pan with high sides – at least 3 inches (mine was 14 x10 x 3) spread 1 cup of the sauce on the bottom. Lay a row of six no-cook noodles over this, slightly overlapping. Spread almost 1/3 of the sauce mixture over this layer, then 1/3 of the ricotta mixture in dollops sprinkled all over and then smoothed out with a small spatula or back side of a table knife, then 1/3 of the shredded cheese. Repeat two more times, and end with a final layer of noodles spread with remaining one cup of sauce and sprinkled with the remaining cup of Romano cheese. Cover tightly with foil and bake in 375 oven for about 50 minutes. Remove foil and bake another ten minutes. Let rest 10 minutes before serving. Can be assembled and refrigerated for baking later, but remove from refrigerator at least an hour before baking.

One thought on “Patriots AFC Lasagna”